Being a chiropractor is the realization of a dream I have had since the age of 12. I love helping people get better. I especially get a thrill when I can help those people who have had pain for years, or those who were failed by traditional medicine and are coming to me as their last hope.

A National Honor Society student, Dr. Edward Olff grew up in Smithtown, New York, and graduated from Smithtown High School West in the top 3% of his class. After completing his studies at The State University of New York at Stony Brook and Suffolk County Community College, he attended The National College of Chiropractic, now the National University of Health Sciences, in Lombard, Illinois, graduating in 1987 with a Bachelors of Science Degree in Human Biology and a Doctor of Chiropractic degree.

His chiropractic career began in Hayward, California, where he worked for two years before moving to Fresno and joining Blackstone Chiropractic. Now, more than 20 years later, Dr. Ed Olff continues to be excited about helping patients through the use of chiropractic methods.

Dr. Olff has also undergone extensive training on the treatment and management of Auto Accident injuries. He is a certified low speed rear impact crash reconstructionist by the Spine Research Institute of San Diego.

For an in-depth look at the curriculum at the National College of Chiropractic when Dr. Edward Olff attended, Click Here.

Knowing that you can help a person return to work, so they can provide for their family is very motivating. I’ve also been able to help athletes return to competition, and watch grandparents enjoy doing things with their grandchildren once again. This is what health care is really all about, and why I love coming to work every morning. 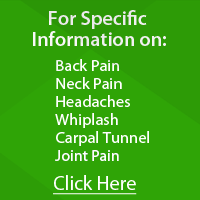 2015 winner of the Chiropractic patient's choice awards in Fresno, CA
Verified by Opencare.com

Voted one of the best Fresno practices in Chiropractic for 2015
Verified by Opencare.com 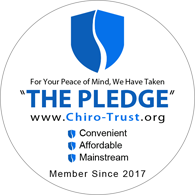